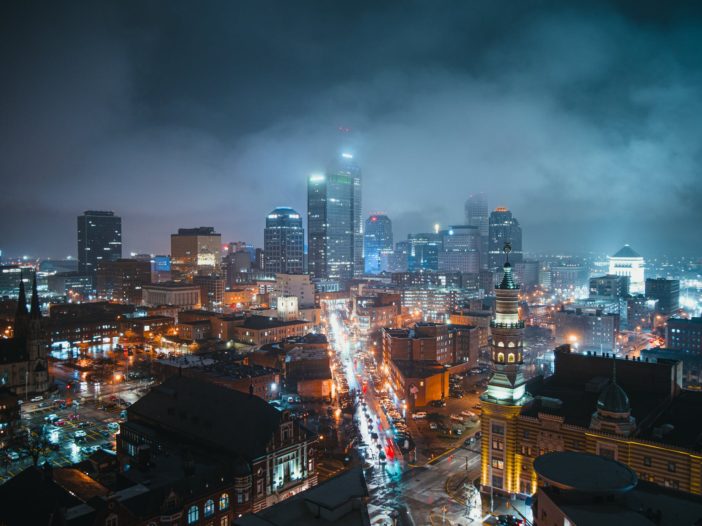 Here is part III of the short blog series on ‘Here Be Dragons’, a short and sweet RPG. You can catch up on part I & II here. This part is all about Perks, which turn your average everyday run of the mill character into something a little bit more special.

Special abilities that add flavour to characters and give them options other than just, “I hit this dude in the face”. Characters can normally only learn Perks tied to Abilities they have points in. For example, Telekinesis can only be learned if you have points in the Psychic Ability, whereas Night Vision is a General Perk and cannot normally be learned. However, they might be able to pick up some Night Vision Goggles that grant the Perk, or get bitten by a vampire and become a creature of the night.

Most Perks give a passive +2 bonus to dice rolls related to that Perk. You’re just better than others at doing things related to it. A character with the Acrobatics Perk will be able to do backflips and cartwheels much more easily than someone without, someone with Small Arms is just better at shooting with pistols, etc. Perks that don’t give a passive bonus are listed below and instead of a passive bonus, they give characters access to powers and abilities that cannot be attempted without that Perk. For example, you might be a real wizard at Sorcery, but you ain’t going to be summoning Zombies without the Necromancy Perk.

Tricks, Stunts and The Rule of Cool

If a player describes an action that is particularly cool, daring, interesting or entertaining and the character has a relevant Perk, the GM can decide to add the Characteristic for the Ability to the result of the dice roll.

You have learned to project your consciousness outside of your own body, leaving your soul free to roam in places it could not otherwise go. Travel is at the speed of thought and you may or may not be visible (your choice) in the material world, although other astral travellers, spectres and those sensitive to such things might still see or feel your presence and may be able to do other things besides. You are not limited to projecting your consciousness in this plane either, and may travel in the spirit realm. Wherever you go, make sure your body is safely guarded until you return.

Your psychic abilities are attuned to your physical body, allowing you to enhance your natural abilities, ignore pain and heal at incredible rates. With practice you might be able to use your gifts on others, perhaps even performing psychic surgery to save someone’s life, or cause injury.

You have studied the art of conjuring things from thin air. You may have started small, producing a rabbit out of a hat for instance, but with enough skill you can summon weapons and armour, magical shields, fireballs and thunderbolts and even entire banquets, or bizarre automatons and golems.

There is a darkness within your soul that compels you to seek power through binding otherworldly beings to your will. Your arcane skills are focused on the study, summoning and control of demonic entities. It’s a risky business, but potentially very profitable. Daemons are fountains of esoteric knowledge and many can become powerful allies, assuming they don’t double cross you, trick you into selling your soul, or simply rip your heart out in front of your eyes and eat it whole.

Casting stones, peering into crystal balls and reading Tarot cards are your bread and butter. A skilled practitioner of Divination can find a lot more with a divining rod than sources of water.

You have studied the four elements and know how to control them. Elementalists can summon storms, cause the earth to shake, lower the temperature to freezing conditions and create whirlpools. They can also remove all of the above, or create elementals to do their bidding.

You have a sixth sense and often perceive things that others don’t. Sensing unseen presences or hidden dangers is a useful skill, but you can also send your senses out into the world to gather information about remote places. You may also have visions of past or future events, sometimes triggered by touching an object or person, or simply by being in the right place, at other times it may be fate or the gods intervening.

Seeing is believing and you can make people believe. The illusions you create are limited only by your imagination and skill, able to fool all of the senses. While damage caused by illusions may not be permanent, their side effects can be lethal. Imagine stepping over the side of a building to find the fire escape is not really there, or thinking that the rail crossing was clear when in fact an eight carriage train is heading your way. You may never look at a stage magician in quite the same way again.

You are considered to be fluent in a chosen language and no longer need to roll your Languages Ability to be understood when using that tongue. Additionally you gain a +2 bonus to tests to understand different dialects, or when using a specific accent to pass as a local.

Death is not the end. You have devoted your arcane studies to putting a stopper in death. Well, your own death at least, or that is the plan anyway. Necromancers have power over the dead, whether that be corpses or the ghosts of those that have departed. Their aim is to understand and master death, so as to prolong their own lives and transcend death itself. Yeah, they are a cheery bunch.

As psychic abilities go, Pyrokinesis is an unusual one. You can create, bend and shape fire to your will, making it grow or diminish as desired. It is your plaything. You even use your powers to resist it’s terrible effects. Pyrokinesis has obvious applications in combat.

You express your psychic ability by moving things with the power of your mind. When it first manifests you might only be able to flick a switch, knock something over or close a door, but with a little practice you’ll soon be moving heavy objects, using it to attack and defend with pure kinetic force or maybe even send yourself soaring into the sky.

You are Charles Xavier, Deanna Troi or Alfred Bester. You are a telepath in the classic sense of the word, able to sense auras, read minds and emotions and communicate directly with others with a simple thought. Telepathy can be used offensively as well, to create hallucinations or take direct control of another’s body.

You are skilled at moving objects and creatures from place to place, yourself included. You might teleport to a remote location, summon a sword from its place on the wall in your home and into your hand, banish an opponent from your presence or tear open a gateway in thin air.

The art of transforming one thing into something else. You may have studied the alchemical arts, turning lead into gold, or you may curse people, transforming them into frogs, or maybe you are a master of shapeshifting, able to grow claws or transform completely into another creature.

Something allows you to exist in a hostile environment that would mean certain death for normal humans. Perhaps you are naturally aquatic or amphibious, able to breathe underwater or hold your breath for a long time, or maybe you have a space suit that lets you survive the cold vacuum of space. Maybe you just have thick fur and don’t mind the cold. Whatever it is, you can survive quite happily in your chosen environment. Whether you have problems in other environments (like a fish out of water) is up to the GM. The GM may decide to give other bonuses for your adaptation, like increased swimming speed for aquatic animals, stealth bonuses in snowy conditions for polar bears, etc.

You are able to fly by one means or another. Perhaps you have wings like a bird or a bat, a rocket pack strapped to your back or you can simply float like Magneto or Goku.

Your natural abilities include some form of weaponry. You might have large claws, a vicious bite or a spiked tail you can use with Close Combat. Alternatively you might shoot quills, spit acid or breath fire using Ranged Combat. # is the amount of extra damage you cause when using your Natural Weaponry.

Maybe you have heat vision, infrared goggles, sonar or just have good eyesight. You are able to see in low light conditions, such as star light or a poorly lit room, without issue. Even in pitch darkness you can see enough to make out shapes and avoid stubbing your toe.

Perhaps you were bitten by a radioactive spider, you have specialist climbing gear or you are an actual spider. Whatever the case, there isn’t anything you can’t climb, even sheer surfaces and ceilings. Just as long as the thing you are climbing can support your weight, you won’t even need to roll Athletics under most circumstances.