Someone recently asked if it was possible to remove Corruption Points in between adventures using an Endeavour in WFRP 4e. In the published rules there isn’t anything that covers it, but I had an idea for something that would fit and so to help out I wrote an optional Endeavour called Atonement. Feel free to […]

For a bit of fun I decided to try my hand at writing a career for WFRP 4e. I went for an unarmed combat specialist and in keeping with careers in the core book, I have tried to keep it as broad as possible. It therefore covers a multitude of unarmed fighters and fighting styles. […]

After a lengthy discussion over on Discord with my fellow Rat Catchers, I decided to write up an optional rule for combat that allows a character to charge, attack and then attempt to disengage and continue their move. This will hopefully add an interesting dynamic to combat encounters. Imagine mounted troops thundering past the front […]

The amphisbaena was a twin headed serpent (one head at either end) and according to Greek legend it was spawned from the blood that dripped from Medusa’s severed head, as Perseus flew over the Libyan Desert. It also happens to be a creature from WFRP 1e, so here it is for your WFRP 4e games. […]

Amoebae in the real world are tiny single celled creatures that are able to alter their shape, sending out pseudopods. These pseudopods enable the unicellular organisms to move, hunt and absorb food by extending their pseudopods to engulf their meal. This sometimes includes live prey. Amoebae have been in WFRP since the first edition and […]

Our second battlemap, 'Battle for the Ruin', is now up. @hapimeses created it for the ongoing combat playtesting. There are 6 versions of the 44x40 gridded map posted, all now ready for use by all-access #LAWhammer patrons. Check the lo-res version below!
https://patreon.com/posts/69792994

If you missed the #RiversOfLondon #TTRPG live stream with @Ben_Aaronovitch you can catch up here: https://youtu.be/JEhCRqnpaDE - including a very welcome raid from @WorldAnvil @JD_Blythe ! 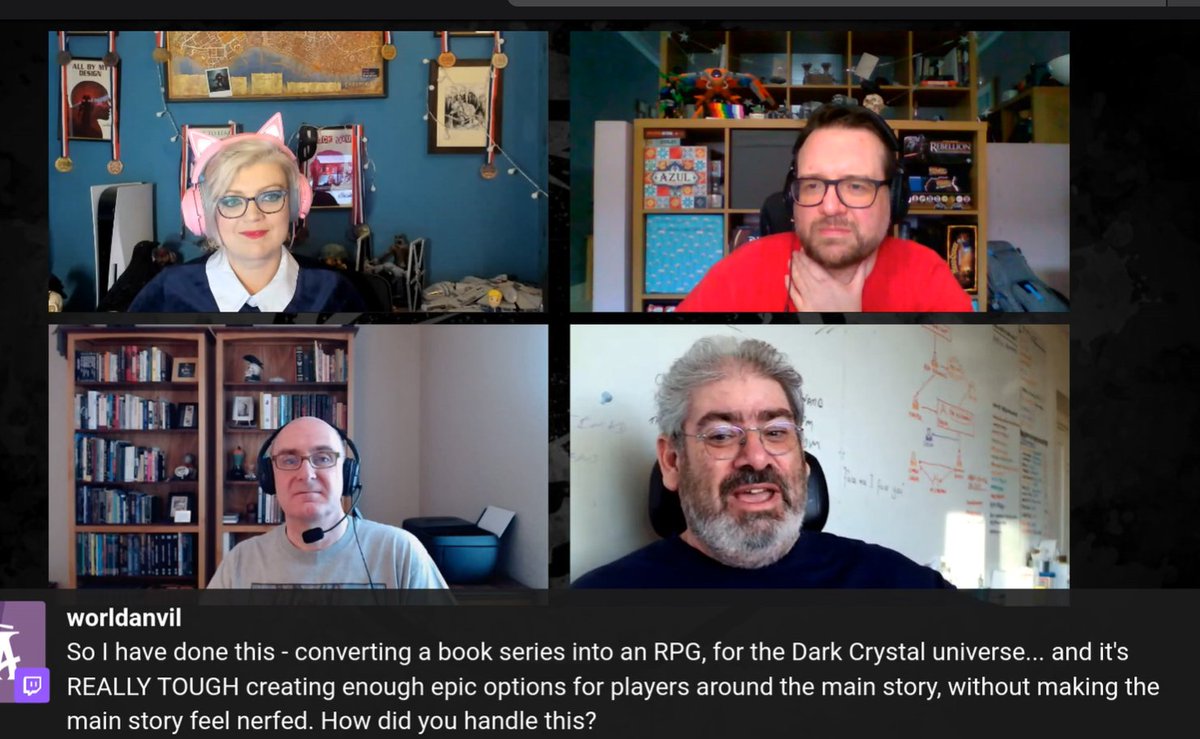 @Ben_Aaronovitch - thanks for sharing some thoughts on the Rivers of London RPG (and thanks to the @RookeryP team for hosting).

We need your help. Andy has comprised a list of all the Careers he intends to use in our game. Has he missed any you think should be in there?
➡️ https://www.patreon.com/posts/69659214